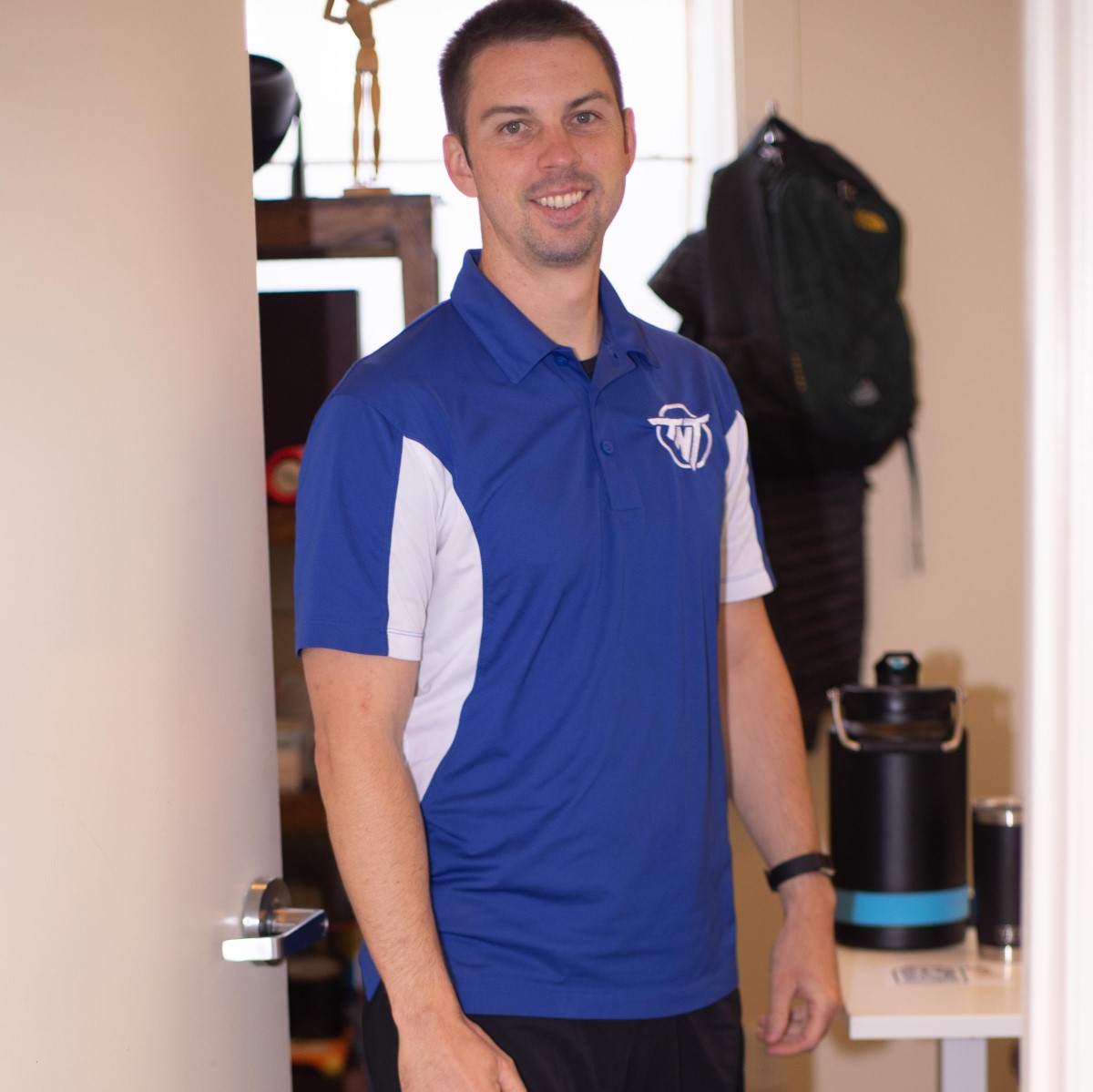 Jesse began his career as a strength coach in April 2017 after his mother passed away suddenly at the age of 61.

At the time, he was working in restaurant management, and he felt called to do work that would directly benefit the health of others like his mom.

So he left the restaurant industry and got certified as a personal trainer.

The only problem was he saw an infinite number of ways to train and most of them not only took a long time, but also could result in injury. It made him think back to his college days when he used to spend 12 hours in the gym every week. This didn’t sit well with him.

So Jesse started searching for a mentor. That’s when he found Liam Bauer.

Liam had been a strength coach for almost 30 years when he and Jesse met. He was a consummate professional, a former college soccer player, and had a strong network of many of the top strength professionals in the world.

One day while Jesse was doing a workout Liam asked him, “Why don’t you just do the last set first?” The light bulb turned on.

At the time, Jesse was rock climbing, running, strength training four times a week, playing baseball, and playing basketball. He always had minor injuries and thought it just came with being an athlete.

But he was about to find out there was a better way.

Liam taught Jesse he could get better results in the gym by training harder and less often. So Jesse started strength training twice a week instead of four times a week.

The results were almost immediate. Jesse saw his biceps tendonitis alleviate and his deadlift 2 rep max of 285 lbs turned into a 6 rep max of 365 lbs, all while strength training for half the time he was spending previously.

Gone were the days of chronic injuries and slogging through 2 hour workouts. Jesse had become a healthy, efficient, machine of an athlete.

These days Jesse enjoys coaching clients to work harder and more efficiently so they can experience the greatest quality of life possible.

He is an avid rock climber, Spartan racer, and American Ninja Warrior competitor.

Jesse still does two strength workouts per week and doesn’t plan on changing that anytime soon.