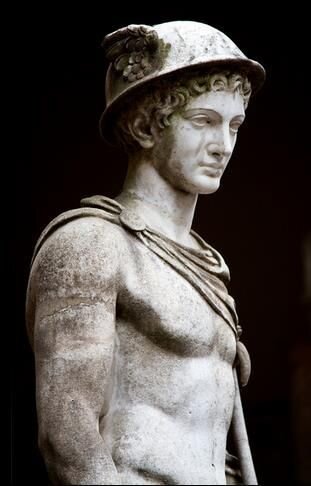 How To Lower Your Biological Age

As we know, all people do not age at the same rate, some aging markedly slower, and some faster, seemingly following a normal distribution.

If you want to stay healthy and free of chronic disease, as well as live a long lifespan by fighting aging, you’d be well-advised to be on the left side of the curve. How can we do that?

An interesting new study by a team that includes the maverick scientist Lee Hood determined the biological markers most associated with lower or higher biological age. (ref)

The study looked at medical records of over 3500 people, and assessed biological age via a computer algorithm, the Klemera–Doubal algorithm. They looked at with biomarkers were associated with younger or older biological, as opposed to chronological, age.

There weren’t a lot of surprises here – though there were a few, which I’ll mention.

They found 3 general measures that were strongly associated with biological age:

Among common lab tests, the type a doctor would routinely order, measures of metabolic health were important. These measures are connected to insulin sensitivity and body composition, which is the relative amount of muscle and fat tissue someone has.

Albumin and total protein were strongly associated with lower biological age. These tests are general health measures, but of great interest, are also associated with dietary protein intake. (ref)

Hemoglobin A1c was strongly associated with higher biological age, each 1 SD increase being associated with 4 extra years of age. HbA1c, or glycosylated hemoglobin, is a measure of longer term (several months) blood glucose.

Below are the analytes associated with lower or higher biological age.

HbA1c is of course associated with insulin resistance, metabolic syndrome, and diabetes.

What these particular results say is that to fight aging, you really, really want to remain insulin sensitive. The quickest way to measure insulin sensitivity is to test for fasting insulin and fasting glucose, and with them to calculate HOMA-IR, and index of insulin sensitivity. These tests are readily available at any clinical lab, and most doctors will order them for you. (Or, order them yourself.)

How do you stay maximally insulin sensitive? Through the ways that we’ve discussed many times on this site:

These results also confirm something else I’ve said many times, that type 2 diabetes is the mother of all chronic disease. A very large number of chronic diseases are associated with high insulin, and I’d argue that virtually all of them are, whether that’s been studied or not.

That also agrees with results from classic studies on aging, namely that calorie restriction, which leads to low insulin and low body fat, extends lifespan. And that growth and longevity are negatively related.

Inflammation is the body’s defense reaction to outside “attack”, mainly from microorganisms. Aging is characterized by increasing, low-grade inflammation; indeed, it’s so important that it’s been called “inflammaging”.

Inflammaging may be due to increasing exposure to microorganisms as we age. (ref) Or to exposure to LPS from gram-negative bacteria that enters the body through loosening of intestinal tight junctions.

In the current study, monocytes were a strong predictor of increased biological age, and lymphocytes a negative predictor.

Several toxins that accumulate in the body were associated with increased biological age, notably

Mercury and lead are of course heavy metals and are highly toxic.

A recent study published in The Lancet found that lead exposure could be responsible for 18% of all deaths, or 412,000 deaths annually. (ref)

If true, that is huge.

Of interest, perfluorooctanesulfonic acid is a persistent environmental pollutant, and was the major ingredient of the fabric protector Scotchgard.

Of all the toxins, lead was associated with the greatest increase in biological age, at about 4 years for each 1 SD increase in blood lead levels.

This study confirms some of what we know already about long life, notably the importance of metabolic health and inflammation.

The results for heavy metals are perhaps less appreciated, by scientists, physicians, and the public.

TAKU’s NOTE: Thanks to our friend Dennis Mangan from Rogue Health and Fitness, for sharing one of his great articles with us. Stay tuned for a podcast featuring Dennis in the not too distant future.

TNT has over 35 years of combined fitness experience, so if you’re looking for a coach who can train you online from anywhere in the world, visit our online training page to book a consultation.

TNT wants you to maximize your strength as safely and efficiently as possible, so if you’re looking for a stand alone workout plan, check out our Blackjack training program.

I pushed my muscles to muscle fatigue, which was completely different for me, but it showed results like I’d never seen before.