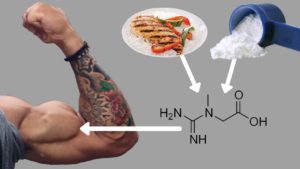 Creatine is one of the most potent muscle building supplements in the supplement world, and has been around for quite a long time.

Creatine was first discovered in 1832 and can be traced back to the mid-1800s. Creatine supplementation gained mainstream popularity after the 1992 Olympic Games in Barcelona. Creatine is now widely used among recreational, collegiate, and professional athletes.

An amino acid, creatine is found normally in the body, with 95% of it found in the skeletal muscle tissue. The body receives its creatine from food that is eaten, typically 2 grams per day. The body also makes its own creatine in the liver from other amino acids.

Other studies have proven creatine’s health benefits, not only to bodybuilders or athletes, but to non-athletic and aging individuals.

Most people have no idea that creatine has such amazing health benefits as well as the obvious muscle building and energy providing one.

Believe it or not, research has shown that creatine can increase growth hormone production! Its no surprise that creatine is the most widely sold muscle building supplement in the world!

Is there a difference between the various forms of creatine?

Every type of creatine is slightly different in composition, solubility, and effectiveness. Some creatine’s are more soluble than others, which, in turn, increases their effectiveness. Other creatine’s have chemicals attached which increase their absorption and uptake into the muscle, which eliminates the need for a loading phase. But basically, all creatine’s do the same thing:

Creatine is not a steroid!

Sugar (Carbs) is not necessary for absorption of creatine, but it will help. There are easier ways for absorption such as using micronized creatine or CEE. 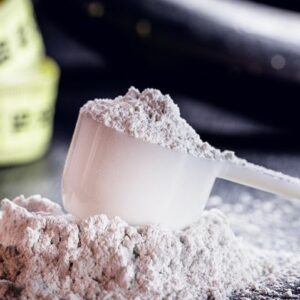 Creatine should not be taken dissolved in an acid. (Citrus beverages)

Some people do not respond well to monohydrate. (I have only seen this happen once)

Creatine may cause some people to bloat or retain water. (I have never seen this happen)

Here is the type I prefer (My choices are based on what I have learned from my own personal experience, combined with feedback from fellow bodybuilders and from reviews I have read, as well as price. I have not tried all of them.):

Micronized Creatine is essentially creatine monohydrate, except it has been micronized, which means the molecules of creatine have been divided or cut up. This increases their surface area 20 times, increasing absorption and reducing stomach discomfort.

Essentially the same as monohydrate but with a larger surface area and smaller molecules, so the same amazing effects of monohydrate.

Greatly reduces potential unwanted monohydrate side effects such as bloating and stomach discomfort.

More effective than monohydrate, and most monohydrate non-responders should respond to this.

Purer than monohydrate because it goes through more refinement processes.

May be slightly more expensive than monohydrate

For the first 5-7 days load 25 grams per day, taking 5 grams per dose spread out throughout the day. I recommend that you place the whole serving (heaping teaspoon) directly into your mouth and wash it down with 8 oz. of grape juice.

After the loading phase, I recommend 1-2, 5-GRAM servings per day. The first in upon waking or at least pre-workout.

The second in the evening or post-workout as follows:

Take the creatine with the protein and take the carbs after 1 hour. This will allow the insulin spike, protein spike, and creatine spike to be roughly at the same time. Insulin spikes occur roughly 30 min after ingesting the sugar (carbs), while protein and creatine tend to take about 90 minutes to be at their highest concentration in the blood stream.

TAKU’s Note: I take Creatine Monohydrate every day. Rather than try to stir it in a liquid, I just throw an entire scoop in my mouth and wash it down with my beverage of choice.

*Loading is not required for creatine to work but in my experience speeds up the response time. I recommend that all of my first time creatine users go through a 7-10 day loading phase.

TNT has over 40 years of combined fitness experience, so if you’re looking for a coach who can train you in person in our Oakland California Studio or online from anywhere in the world, visit our online training page to book a consultation.

I pushed my muscles to muscle fatigue, which was completely different for me, but it showed results like I’d never seen before.